When a Colleague's Mistakes Affect You 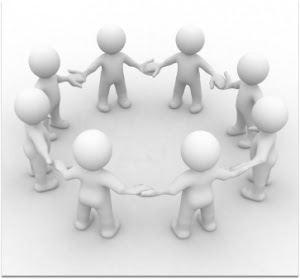 In an attempt to function in this increasingly complex world, organizations are becoming increasingly complex themselves. They are built on collaborative partnerships, dotted lines and matrixes, all of which mean more and more of your work depends on the work of someone else. When a colleague is making mistakes, this interconnectedness can feel like a major pitfall.

Yet a job where you don't interact with others is nearly impossible to find, not to mention somewhat boring. So, you need to figure out how to make relationships work. Every management expert would agree that positive working relationships are essential to getting things done. So what do you do when a colleague is not doing her part and it's affecting your work? Fortunately, handling your colleague's mistakes in a productive way cannot only help remove barriers but may also help your colleague, and you, gain new skills.

The type of mistakes you might be affected by vary greatly. A colleague may miss deadlines, not produce the work required, make errors in calculations or even provide you with misinformation. These may all be innocent mistakes fueled by lack of knowledge, experience, or awareness, but without more information you can't be sure and won't be able to act.

The first step in addressing your colleague's behavior is to understand what's really going on. Try to determine if the problem is short-term, such as a personal issue at home, a particularly heavy workload, or a health problem — or long-term, such as a lack of skill or a poor cultural fit with the organization. As Allan Cohen, the Edward A. Madden Distinguished Professor of Global Leadership at Babson College and author of Influence without Authority points out, "What you don't know is if the person is getting the right support from others, if a non-work issue has cropped up, or if perhaps the person doesn't understand the issue like you do." This diagnosis can be done by looking for corroborating evidence from other colleagues and checking that your understanding of the issue aligns with theirs. Deborah Ancona, Seley Distinguished Professor of Management at the MIT Sloan School of Management and author of X-Teams: How to Build Teams that Lead, Innovate, and Succeed, warns that it's important to "be careful because you don't want to make anyone else see the problem if they haven't already."

The best approach is to go to the source — speak with your colleague directly. This conversation should take place in an informal, private setting and you should always follow good feedback rules. Don't accuse or blame your colleague. Use concrete examples to explain what you are seeing and its impact on you.

Richard Hackman, the Edgar Pierce Professor of Social and Organizational Psychology at Harvard University and author of Leading Teams: Setting the Stage for Great Performances says, "We tend to attribute what's going wrong to an individual and specifically to something dispositional about them." This is dangerous because you are then attacking a person — not their behavior. Most importantly, to establish a common ground with your colleague, discuss the issue in context of mutual goals. "You want to ask 'What can we do to achieve our goals?' not 'You screwed up again,'" Hackman says.

Don't assume you know exactly why the colleague is making mistakes. As Hackman points out, "You need to be open to learning that you're wrong about the situation." Use an inquiry mode and ask questions like "What's going on?" and "Am I misreading or misunderstanding the situation?" In fact, you may discover that your colleague wasn't aware of the mistakes or how her actions appeared to others. 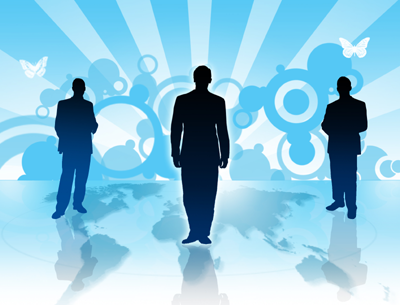 If a short-term issue is causing the mistakes, such as a difficult time at home or an illness in the family, you should offer to help. You may even consider covering for the person as a way to build a positive relationship. As Ancona says, "This world is all about connections and not only do you not want to jeopardize the relationship, but you want to build it." Covering may mean picking up extra work, spending time double checking her work or offering to explain to other colleagues what is going on. Covering doesn't mean that you should lie on behalf of your colleague, nor does it mean a permanent shift in job responsibilities. You should only cover when you have an explicit agreement that the situation is temporary until circumstances change.

If you find that the source of the mistakes is a longer term issue, such as a lack of skill, you can offer to help brainstorm solutions. Perhaps your colleague can find a course that will help her build up her skills, or go to her manager to ask for assistance.

It is rarely a good idea to let your colleague continue to make mistakes. Cohen says, "In very competitive organizations, the temptation is to let people die on their own swords. But in those environments, it's even more appreciated when you don't let them die." By being generous now, you are incurring the obligation of your colleague to help you in the future. This reciprocity is often what strong professional relationships are built on.

It's possible that you'll discover your colleague is intentionally making mistakes to undermine you or take credit for your work. "These political situations are far messier to deal with," Ancona says. Fortunately they are far rarer as well. Cohen says that he has only met a handful of people throughout his career that are "true snakes." He advises, "It should be your last assumption that the colleague is making mistakes deliberately."

Ancona offers, "You can try to confront the person directly, hoping that may make him or her back down." If that doesn't work you can use the following tactics:

* Offer to lead a presentation when joint work is being shared. People often think of the person in the front of the room as the leader, or at least one of the more active participants in a project.

* Take credit where credit is due. This doesn't mean you brag. Instead, showcase your involvement or let your manager know exactly what part of the project is the result of your efforts.

In these political situations, don't resort to badmouthing your colleague. Negative comments often reflect as badly on you as they do on the person you are speaking about.

Despite all your efforts and care in handling the situation, it is possible that the mistakes will continue. This isn't only an inconvenience, it could hinder your career. The experts suggest you take a few approaches to preserving your reputation. If possible, avoid working with that person in the future. If that's not possible you can employ some of the same tactics listed above if the person were undermining you. Also, you should consider approaching your manager. Explain what you've done to date and ask for her advice. Be clear you are not asking her to intervene.

The experts agree that things would need to be very serious, e.g. the project you're working on is headed for failure, before you approach your colleague's manager. There is a major risk that you could alienate your colleague and permanently damage the relationship (see Allan Cohen's experience in Case Study #2 below). In many organizational cultures, talking to a person's manager can be coded as not being "a team player."

* Keep in mind that relationships matter

* Badmouth your colleague to anyone in the organization

* Assume your colleague is aware of the mistakes

For Drew Chatto, a software engineer who worked at VeriSign, close collaboration wasn't just part of his job, it was his job. While he wrote code on his own, it was always reviewed by others and then put together with his colleagues' work to form a complete product. Eddie, one of Drew's colleagues, was a less experienced — although not less talented — engineer. Because Eddie was relatively new to VeriSign he wasn't familiar with the specifics of how the company wrote code. Instead of asking questions, he made assumptions and often finished code quickly. During code review, Drew regularly found mistakes with Eddie's work and had to ask him to rewrite it. Eddie never argued but he continued to make similar mistakes. Tired of having the same conversation over and over, Drew offered to help Eddie think through his code assignments before he began writing. These conversations gave Eddie the opportunity to ask how specific things were done at VeriSign, instead of making the decisions on his own. As Drew said, "I couldn't expect him to know the right questions." Eddie was open to the suggestion; he knew Drew had more experience, and he was likely tired of having to redo his work. Drew's approach helped Eddie avoid mistakes before they happened. While those preliminary conversations took more of Drew's time, they saved him time in the code review process and built a stronger, less contentious relationship, with Eddie.

Allan Cohen is a professor and dean at Babson College, and one of our experts from above. In a former role at a major university, his good friend and colleague Carl served as the Associate Dean of Allan's department. Allan was proposing a new program that required Carl's approval. Despite Carl's background in accounting, he kept making accounting errors when attributing costs to the new program. Worried about him, Allan stopped by his boss's office one afternoon to explain what was going on. His boss was the Dean of the School and as such, was also Carl's boss. In the middle of the conversation, there was a knock at the door and Carl walked in. Carl's office was directly next door and he explained that he had heard the entire conversation because of a chip in the concrete wall between the two offices. Allan explained, "We never mentioned the incident again but it took me well over a year to repair the relationship." Allan regrets not going to Carl directly first. "If I had, I could've saved the relationship and maybe even helped him."