ResearchGATE and Its Savvy Use of the Web 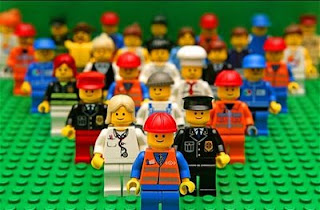 When Dr. Kelvin Leshabari was studying in 2008 for his medical degree in Dar Es Salaam, Tanzania, he felt isolated from medical researchers in the rest of the world. But then he stumbled upon a U.S.-based Web site, ResearchGATE, that takes the social networking concepts underlying popular services such as Facebook and LinkedIn and applies them to the research community. Leshabari, now 26, was able to connect with scientists in Germany, Israel, Canada, and the U.S. Since then, he has done collaborative research on Type II diabetes with people he found on the site and got a grant from the organizers to attend the 19th European Students' Conference, a health-care confab held in Berlin on Oct. 4-7. "This creates a bridge between scholars in developing nations like Tanzania with those in the more developed countries," says Leshabari. "It would have been almost impossible to make these connections otherwise."

The outsourcing of software programming to developing nations has been a huge boost to economic development in some of them—such as India and Costa Rica. But while Western corporations such as IBM (IBM) and GE (GE) have begun shifting scientific and medical research offshore, the activity has so far caused barely a ripple of economic impact in emerging nations. Indeed, Ijad Madisch, the co-founder and chief executive of ResearchGATE, didn't have global economic development in mind when he started the business, but the Web site is now emerging as a potentially powerful link between researchers in the richest countries and some of the poorest ones, giving promise of a wave of homegrown—and locally relevant—innovation in developing nations.

Madisch, who has a medical degree and a PhD, was born in Germany to Syrian parents and lives in Boston. He got the idea for ResearchGATE when he was doing graduate work in radiology at Harvard Medical School in 2007. He was frustrated because he knew of only a half-dozen others who were working on projects related to his research into improving the resolution of medical imagery. Then he learned about a potential collaborator's research through the man's Facebook page. Madisch had experienced the power of social networking, and he decided to develop a Web site that could offer connections and collaboration tools to researchers worldwide. He launched the site in May 2008, and already 180,000 researchers from more than 200 countries are using it regularly.

One of the keys to the site's popularity and accessibility is the attention its creators have paid to navigation and ease of use. Joe Ranft, a Boston-based design consultant who helped out with the site, says an important move was publishing basic information about ResearchGATE on each of its pages, so people who found the material via a Web search understand where they have landed and are encouraged to join the community. It's also clear on the pages that membership is free, which encourages people from poor countries to join. Farhad Mirzaei, an Iranian who is a PhD candidate at the National Dairy Research Institute in Haryana, India, says he finds the site particularly useful because it's so well-organized—making it easy for researchers like him with unusual specialties to find collaborators.

Mirzaei focuses on using medicinal plants to improve milk production and reduce methane emissions by cattle, and has so far found about 30 researchers on the Web site with similar interests. "I'm finding more every day," he says.

The folks at ResearchGATE are aggressively pushing the use of the site in the developing world. Rajiv Gupta, an adviser and investor at ResearchGATE and Madisch's former boss at Harvard Medical School, has been invited to lecture on neuroradiology at some of the top science-oriented universities in India early next year. He plans on using the Web community as a primary tool for reaching out to students there and maintaining relationships with them after the lecture series ends. He'll post his study materials on the site and create forums for discussion. Gupta was struck early on by how many scientists from developing nations asked to join some of the forums he set up on ResearchGATE shortly after it launched. "I saw that there's a large unmet need," he says.

ResearchGATE is not the only research-oriented social networking site. Academia.edu, Lab Meeting, and Ologeez are in the game, as well. But Madisch says he's trying to distinguish his offering from others with powerful collaboration tools and subcommunities within the site dedicated to research specialties. He's also particularly interested in promoting connections between scientists in rich and poor nations. "There are no borders now. I'm sure this will increase significantly the communication flow between Third World countries and Western countries," he says.

To help boost those connections, Madisch in October announced an alliance between ResearchGATE and Seeding Labs, a nonprofit in Cambridge, Mass., that rounds up surplus used laboratory equipment in the U.S. and ships it to researchers in poor countries. It has already produced some stirring success stories. For instance, Argentine scientist and professor Ricardo Morbidoni, who did postdoctoral studies in the U.S., has set up a lab with donated equipment provided by Seeding Labs at Argentina's University of Rosario. He and his team developed new protocols for drug-resistant tuberculosis diagnostics that have since been adopted by the country's public health services.

Nina Dudnik, Seeding Labs' chief executive, sees ResearchGATE as a powerful way of connecting with donors and overseas researchers who need equipment. Also, she says, it will allow Western donors to keep in touch and help the new owners of the equipment use it properly. "This is becoming like Habitat for Humanity," she says, referring to the well-known program where volunteers help poor people build their houses. "Scientists in the U.S. are putting sweat equity into these labs overseas. They like to get involved in a deeper way."

Hamm is a senior writer for BusinessWeek in New York and author of the Globespotting blog.